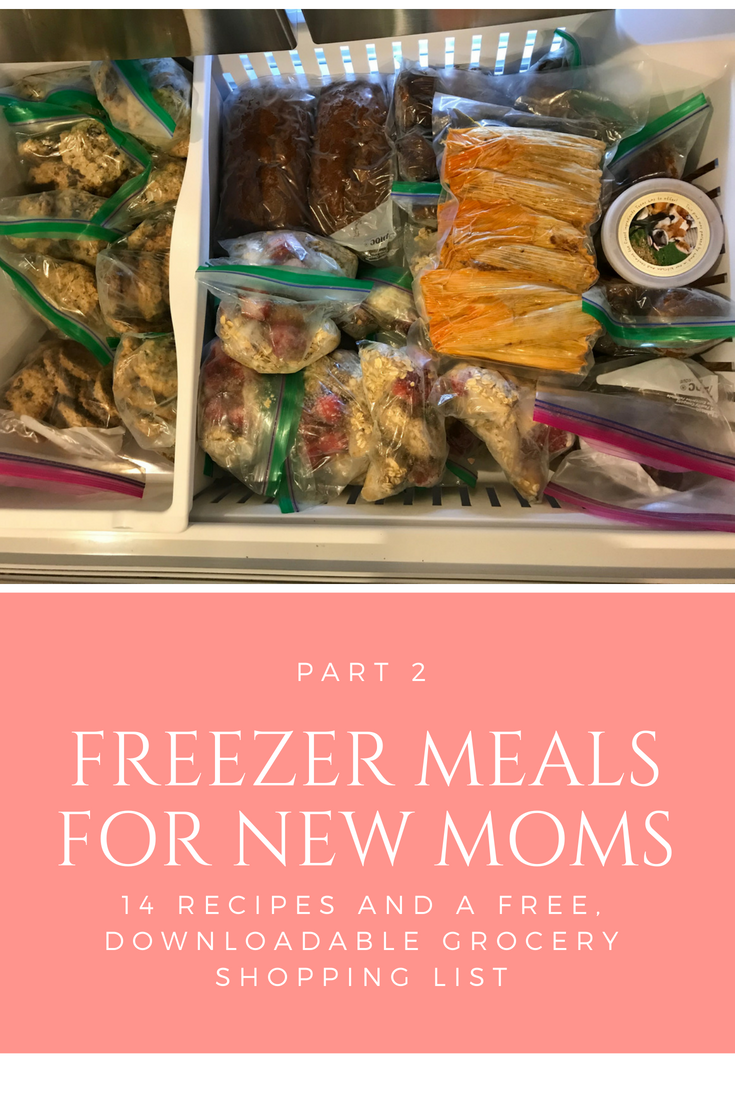 If you already read part 1 of this post, congratulations! You have already learned the best ways to choose your recipes, create your grocery shopping list, store your freezer meals, and label your freezer meals. You are ready for part 2! This part is all about specifically what recipes I chose, what my grocery shopping list looked like, and reviews on each of the recipes I’ve chosen. If you haven’t read part 1, I would definitely go read it before continuing here! I give a lot of useful and important information to make your freezer meals a success! 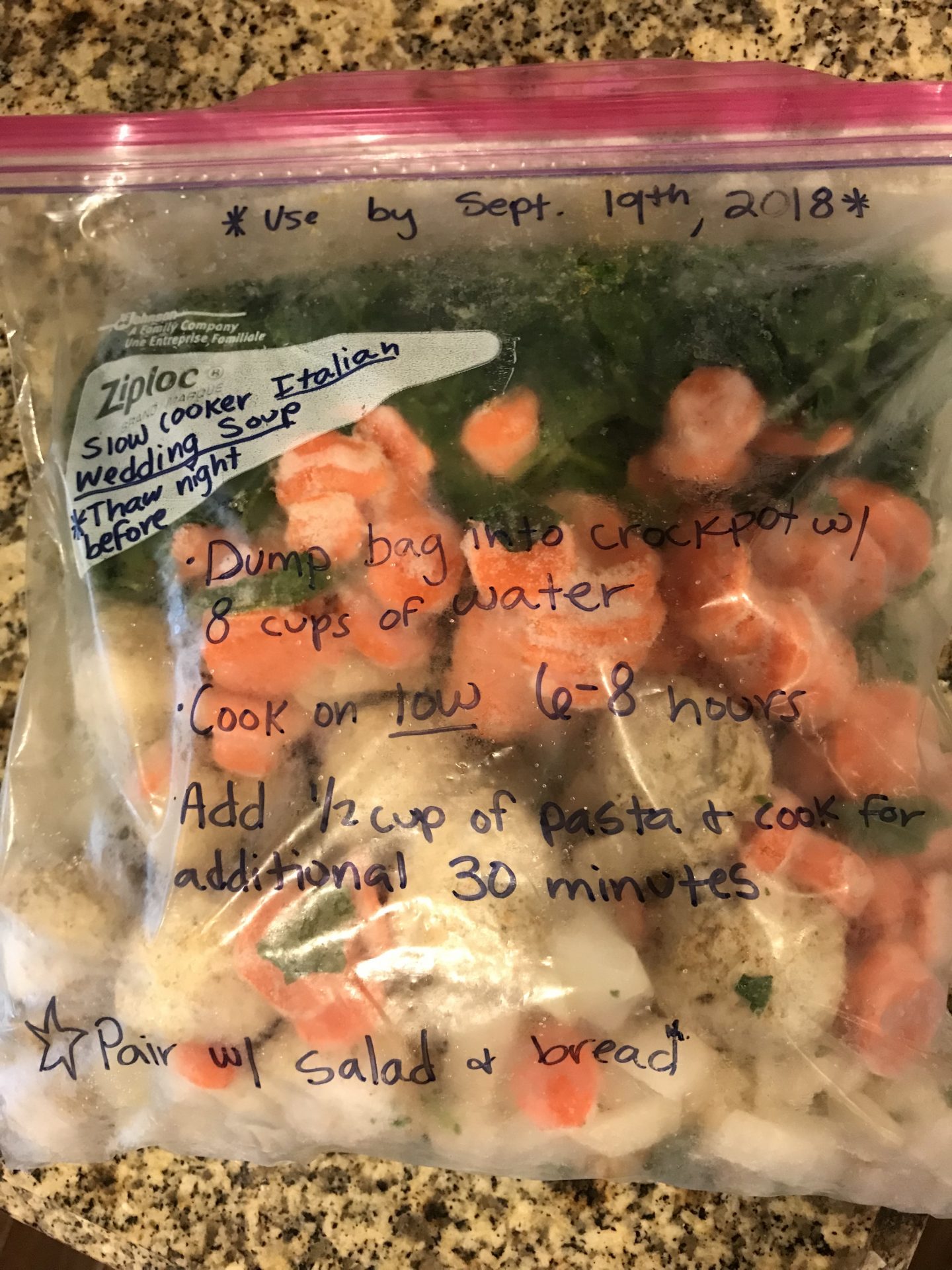 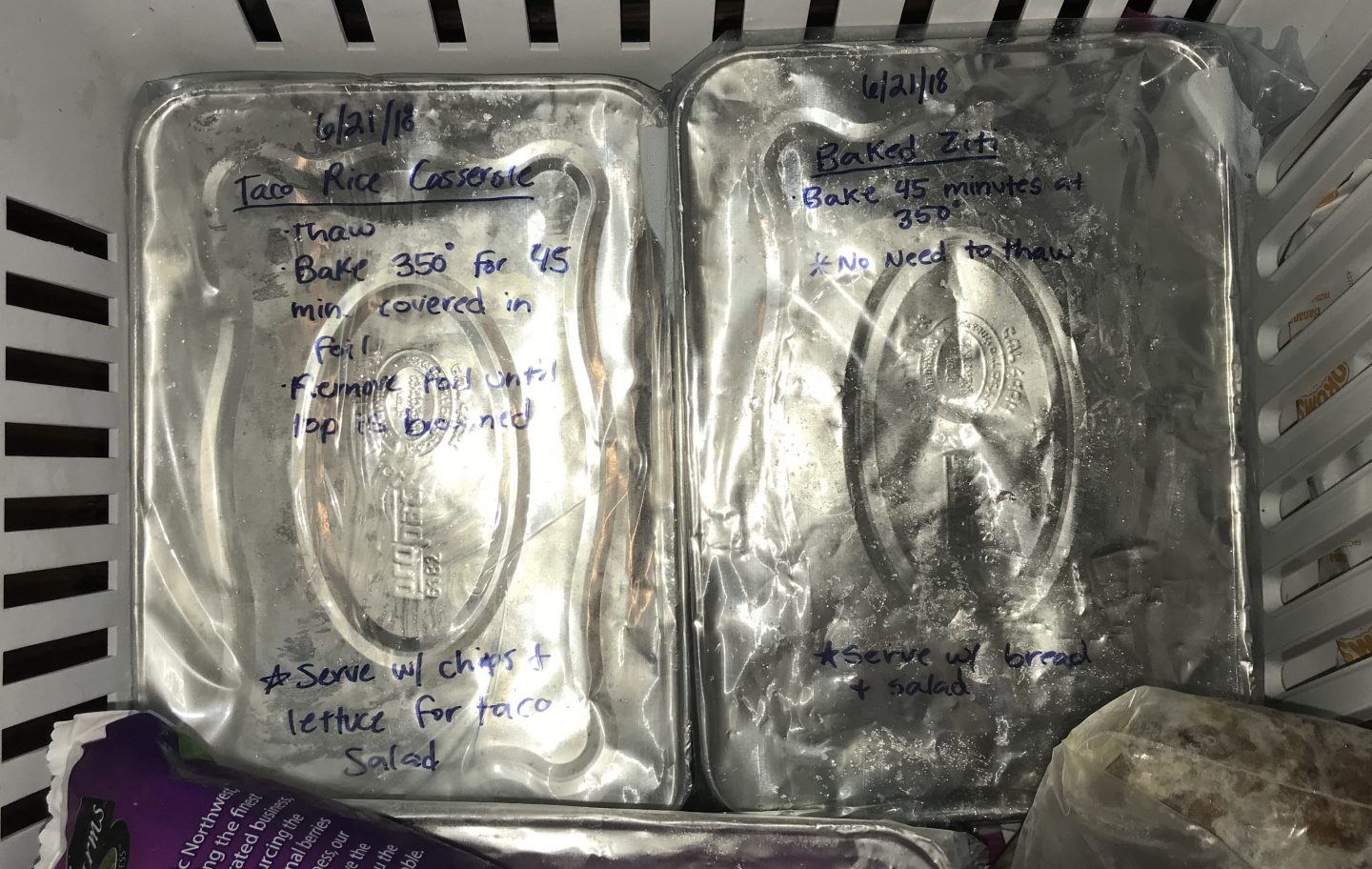 My biggest fear when choosing these recipes was that a recipe may not taste good or may not freeze well. I hated the idea of putting hard work and money into meals that wouldn’t get eaten. No joke, I spent hours choosing these recipes, and the anxiety really got to me. Who knew choosing freezer meals could be so stressful? Lucky for you, all of these recipes have been tested by myself and my husband! None of these recipes are my own, so I’ve included links to the blogs where I got them. Throughout this blog post, I’ve attached my own grocery shopping list, along with honest reviews of each recipe!

This is a recipe I’ve been making for over a year. My husband and I love it. Plus the recipe is already made for a bulk batch (it calls for five pounds of meat!). I freeze it in smaller portions in quart size ziplock bags, and the only thing extra you need to have on hand are noodles (and parmesan cheese…lots of cheese <3).

This is one of the few recipes we haven’t tried yet, but so far it has frozen really well and looks delicious. I will update once we’ve had a chance to try it! I made two batches of this soup, and froze each batch in a gallon-size ziplock bag.

I made one batch of this and froze it into 3 separate quart-sized ziplock bags to make the meals a better portion for two people. When you’re ready to make this, you’ll need to have lettuce and water chestnuts on hand since it isn’t included in the freezer bag. I’ll be honest, I didn’t like this meal very much. My husband ate it, but that isn’t saying much because he eats just about anything. I’m not sure if it didn’t taste well because of my own error — for example maybe cooking it in a smaller batch impacted the flavor? It wasn’t terrible, but it just didn’t do it for me.

This was a hit! I served it with tortilla chips, sour cream, and Mexican cheese. I made one batch of this but divided it into three smaller, foil casserole dishes. The flavor was great, the portion was perfect for two, it froze well, and everyone was happy. That’s a win in my book!

This is probably one of our favorites. Again, I made one batch and divided it into three smaller, foil casserole dishes. My husband and I love pasta dishes! I was nervous because I had read that noodles don’t freeze well, but this meal freezes great and tastes even better. Plus it was a really easy recipe to make. I don’t know about you, but I love when recipes called for only a few ingredients. It’s simple, and it can be served with garlic bread and a salad.

I wasn’t expecting to like this meal, and I mainly chose it because it was something I knew my husband would love. Even when I made it, it looked kind of bland and didn’t seem to have enough of a sauce. However, I was pleasantly surprised! This meal wasn’t one of my favorites, but it is still one I would make again! Again, I made one batch and froze this into three, smaller portions in my foil casserole dishes.

I made two batches of this and froze it in disposable, storable pie dishes I found at my local grocery store. This tasted really good, but both times my husband made it, the top layer of the pie was a little undercooked. I don’t want to point fingers at my husband (or maybe I do), but I do wonder if this was more an error in the cook than the recipe itself. Overall, we liked this recipe!

I’ve never really been a huge fan of sloppy joes, but something about this recipe is just awesome. We ate this multiple days in a row! I made one batch of this and divided it into four, quart-sized bags. The only thing you’ll need to get at the grocery store the week you decide to have this for dinner are buns!

This was another easy one that I loved. I doubled the recipe and was able to make about 12 patties. The recipe makes “mini” burgers, but when I formed the patties, I just made 12, regular size patties. We eat these pretty simple on a bun with some mayo and some green beans on the side. Easy and tasty! However, I have been trying to think of something else we can eat on the burgers because it can seem a little too simple/dry. However like I said, we love it.

We doubled this recipe, and it made about 100 lactation cookies! We did not include the brewer’s yeast because I had read that it tastes really bitter, and I decided I’d rather make cookies that I’d actually eat. If you think you can handle the taste, include the brewer’s yeast to help make the cookies more effective at increasing your milk supply. We chose to bake the cookies before freezing them, and I regret that. The cookies tasted great fresh out of the oven, but not as good after being frozen and dethawed. In the future, I will freeze the dough and cook the cookies when I’m ready to eat them!

We doubled this recipe. I loved the idea of having some delicious baked goods in the freezer that we could eat for breakfast or even have as a dessert! We baked these and I stored them in batches of 4-5 in quart-sized ziplock bags. I usually take a bag out of the freezer and let dethaw on the counter. Then, throughout the week we can just grab a muffin and go!

This was another favorite! We doubled the recipe and made 6 regular sized loaves instead of mini loaves. They froze great, and just like the muffins, we take a loaf out of the freezer every week and eat a few slices here and there for breakfast or a snack. I was a little skeptical to see how it would taste after being frozen, but it came out great. My husband likes to get a few slices, microwave it, and put butter on it!

My husband won’t eat these because “booby” is in the name, but they’re GREAT! I doubled the recipe, and put about 6-8 bites in a quart-sized bag. I put a bag in the fridge and eat on them over a couple of days, and then I put a new bag in the fridge once the previous bag is getting low! Again, I omitted the brewers yeast to make sure these tasted good!

I doubled the recipe for this too. I typically like my smoothies to taste super fruity, but because these are “lactation” smoothies, the oatmeal makes them taste a little less “berry-licious” and a little more…hearty? I’m not sure how to describe it. They taste good though, and you could even sweeten them up with honey or by using vanilla almond milk!

Alright, here it is! This is the grocery list I used for the above recipes. Keep in mind, I did not include anything on the list that was perishable and couldn’t be frozen. For example, the buns needed for Sloppy Joes/Chicken burgers and the lettuce needed for the lettuce wraps are not on the list. Another note, I doubled several recipes, so if you’re not wanting to double all the recipes I did, this will change the quantities on the shopping list. Lastly, take the grocery list and go through your kitchen and pantry — there are probably a lot of things you can omit from the list that you already have! 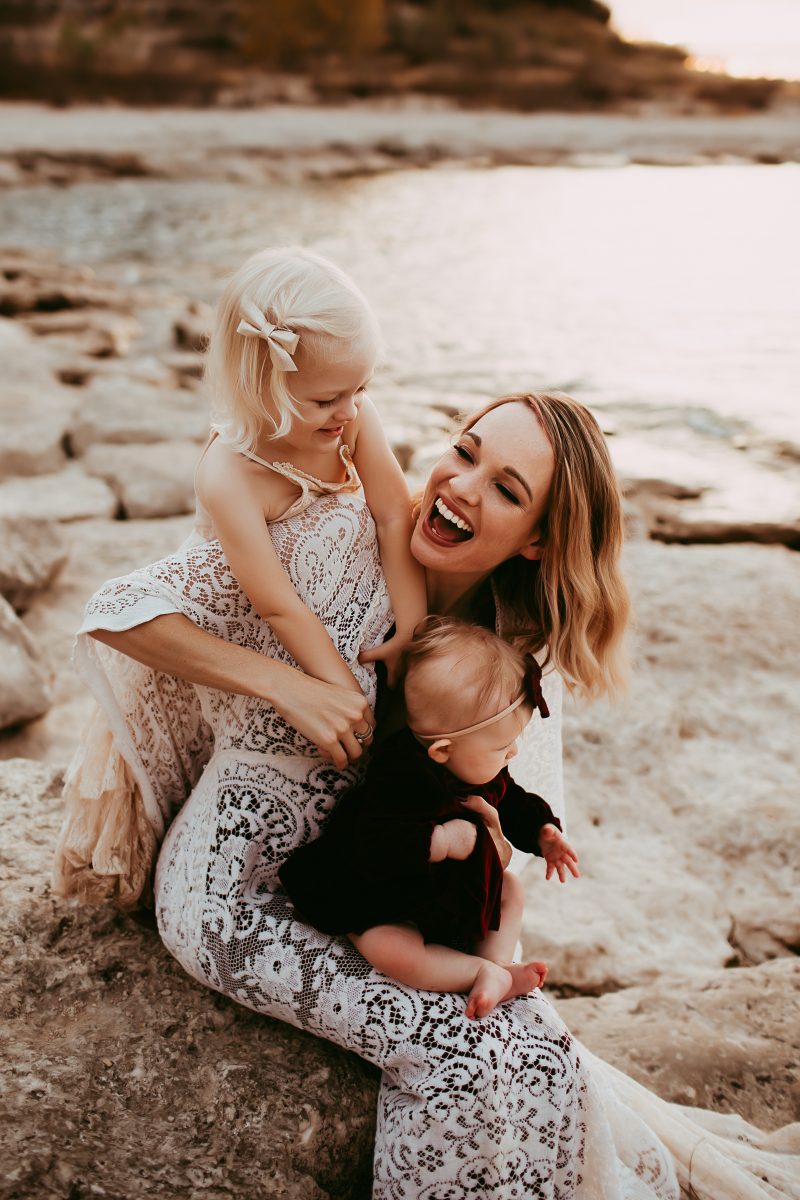